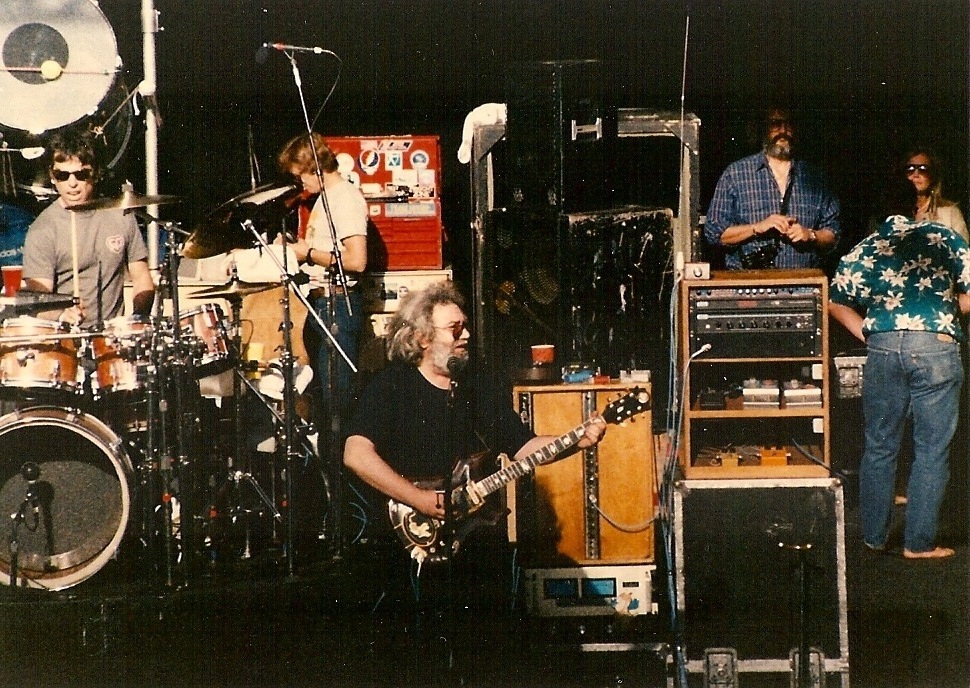 Encore
Not Fade Away ->
Brokedown Palace

Brought To You By Live Music Preservation Project (http://www.livemusicpreservationproject.com )

Reviewer: njpg - favoritefavoritefavoritefavoritefavorite - October 21, 2013
Subject: I'm almost in tears.
Chills up and down my spine. Hair on end. This is the best goddam Grateful Dead show I've ever heard. I saw about 50 shows from '87 to '95, and I saw some amazingly hot ones, but nothing like this. Through the ceiling. Not a single song is sub-par or even par at all: it's all beyond the best you could ever hope for. Even Space is musically fascinating, like a really sublime classical piece. Unbelievable. I don't have the adjectives to describe it. If the Dead on a good day is like watching a really perfect sunset, this is like watching a nebula being formed after you've just been given the power to fly and breathe in outer space.

The inclusion of Black Muddy River in the second set is kind of remarkable, considering it was also the encore on the previous night. But I think the 18th's encore was kind of croaky and shaky, though still great, and Garcia maybe just wanted to do a really special one for the folks in the home state? I don't know. Like everything else in this show, it's a smoking rendition, with some slight variations/expansions on the instrumental melody, which is something he almost never did with this song. This rendition has as close to what you'd call a "guitar solo" as BMR ever gets.

My first show was Autzen Stadium '87. I wish I'd been seeing them six months earlier,

Reviewer: curtl67 - favoritefavoritefavoritefavoritefavorite - March 22, 2010
Subject: one of the best
i was at this show about 10 rows back, very awesome!Jerry was smiling all day. The crowd was electric, the weather was perfect and the Ventura shows were in two months! those were pretty good too. what a year. To be 20 years old again!

Reviewer: jointathan - favoritefavoritefavoritefavorite - March 29, 2009
Subject: Easter
This was the first show at Irvine with a daytime start. All that bright tie-dye was certainly stunning. The playing is not epic, but what a nicely constructed 1st set. The late pre-drums Cumberland was also a nice surprise. I must admit I had hope that Jerry would finish Morning Dew from the night before, but hey, the same thing happened with Terrapin the year before.
The show gets a 4, but this recording gets a 10!